`Remedies` with a cast of 4, recently had a stimulating development workshop at The White Bear Theatre, Kingsbury. It is now moving towards a full production.

Completed in 2017,  it is a play about the `mystery ` illness known as M E.  Background research included a biography of the man who invented homeopathy, Samuel Hanemann, and the work of Professor Edzard Ernst, who demonstrates to my satisfaction the fact that homeopathy is not scientific.  Four characters in this play, 2 men, 2 women.  A dynamic producer/fundraiser would be the ideal thing now. Get in touch!

The Song of Deborah 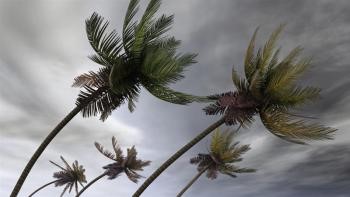 The Song of Deborah was staged at Pentameters Theatre, Hampstead, in 1993, and at The Cockpit, London, in 1999. Of this production,  John Thaxter of The Stage wrote:  “Manchester playwright Deborah Freeman was no doubt drawn to her Old Testament heroine as a namesake and fellow writer. Indeed, she has the doughty desert judge momentarily longing to be a loving housewife, while struggling with her God-given talents as a war poet…….The dialogue has a metaphysical quality which, coupled with a heightened playing style, makes it timeless.”

It was produced again at The Lion and Unicorn Theatre, in 2007. A scout from Really Useful Theatres wrote:  “There is a fundamental bravery in Freeman`s play, and that is to have written a new play which can boast such a sweepingly epic backdrop , and broad discussion on: the nature of war and divided faiths; war and the way it is reported; propagandist consequences; personal tragedies peripheral to war. There is big matter in this play…. The characters are exceptionally well drawn, especially those of Baraq and Sisera. The 3-way relationship between Deborah, Baraq and Sisera, which provides the dramatic backbone of the play, is intelligent and incisive. Whilst their dialogue discusses the greater narrative and the main-steak of the play, their subtext is fertile with personal and domestic grievances. The language is strong and the idea of  poetry which is fundamental to the play bleeds through the writing but is not heavy handed.”

In June 2011 it was performed at the Lowry Studio, Manchester, with director Abbey Wright, and a cast including  Scott Ainslie, Emma Beattie, Kate Burdette, Jonathan Christie, Suzy Crothers, George Georgiou.  They sang, too under the guidance of music director Tristan Parkes.

John Jeffay, of TheJC.com said: `An intriguing, passionate and defiantly non-traditional take….more girl-power and more gods than the original.. `A thoughtful and powerful piece..well-written and engaging…`

`The play is a contemporary telling of the tale of Deborah the Judge, and the composition of the epic poem, The Song of Deborah. The play seems surprisingly contemporary. Or not that surprising, considering that I wrote it.`

In 2016 The Song of Deborah was translated into Hebrew by Avital Macales, and staged at The Khan Theatre Studio in Jerusalem. A colourful and passionate production.  The script is available in Hebrew. 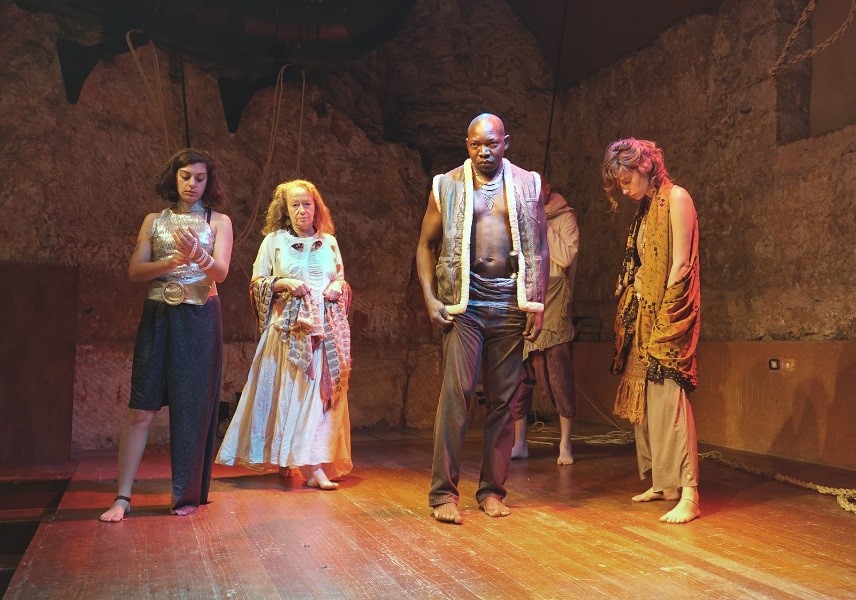 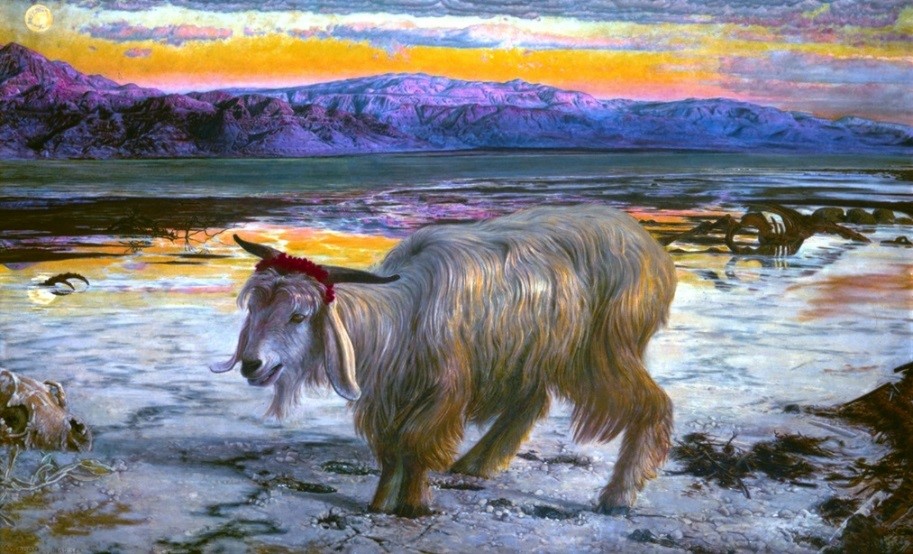 The play is set in the nineteenth century, and the present.  Not the most commercially promising of my plays, but certainly the most carefully researched –  not to mention relevant to some of today`s world issues.

I recall sitting in the John Rylands Library, Manchester, reading a handwritten letter sent by William Holman Hunt to his friends, from the Dead Sea, in 1854,  where he was camped for a few days while painting his famous picture The Scapegoat.   `I can hear the tent flap blowing in the wind,` he wrote. For a moment, in the silence of that great library, I heard it too!

It deals with controversial issues. Art, (the art of the Pre-Raphaelite William Holman Hunt,) the relationship of sisters, love, early political and Christian Zionism, and the Zionism of some people today. Not to mention the colourful and (today) politically incorrect attitudes and activities of the Victorian age. Pre-Raphaelites are popular at the moment – but the fact that Holman Hunt embraced Christian Zionism in his later years is not the focus of that popularity. It is the journey that `The Scapegoat` explores.

The painting itself, *The Scapegoat is at the Lady Lever Art Gallery, Port Sunlight, open 7 days a week.

A topical and controversial play about the interface between the Jewish world and the Christian world seen through an engaging domestic drama. For a cast of 4. 2 F – fifties. 1 F – 23  1 M – 23.

“Deborah Freeman’s CANDLESTICKS wears lightly its concern with the search for religious belief. This literate, serious, ingenious play wastes no words and develops its debate through character, not contrivance, avoiding glib conclusions and enlisting equal sympathy for the Montague/Capulet principals.”

`Knock-down drama, strong characters.`   Candlesticks is a modern religious drama. Characters are middle-aged neighbours Louise (Alexandra Sebastian) and Julia (Priscilla Gray); and their respective children, Jenny (Rebecca Pownall, winsome in green flip-flops and brown ringlets) and Ian (Will Tosh). It is structured around religious festivals. Like a half-remembered anecdote, the story unfolds over a span of two hours including interval.

Guests have recently departed from the celebration of Passover (Pesach.) Mother of the house Louise accepts her Jewishness as a matter of tradition. She gives vivacious young daughter Jenny the silver candlesticks that have been in the family for 150 years.

Jenny announces that during her two-year stay in Peru she has become a Christian. Boy-next-door Ian enters in a blue hoodie; his car’s been stolen. As a sign of Christian altruism Jenny gives him the candlesticks.

At first religion lives in corners of the characters’ lives. But as the play progresses, it develops from fashion statement, affectation and adolescent rebellion to the defining factor of their identities.    Embittered, rejected, half-Jewish neighbour Julia tends towards the domineering. Louise is easy-going, believing, not in God, but in ‘collective reckonings… I believe in people.’

The set might be a living room anywhere in North London. A couple of chairs, a bookcase, a table crowded with glasses, Persian carpets and a potted palm.  The Kol Nidre chant evoking a brief synagogue visit by Jenny and her mother, is sung by Avi Freeman.

The byplay between Priscilla Gray’s Julia and Alexandra Sebastian’s Louise holds up well enough. The characters’ jobs, husbands and other children exist somewhere offstage. Julia is busy editing a book entitled The Architecture of Oppression.  Will Tosh’s Ian – somewhat outnumbered by women – comes across as a sulky toyboy figure for much of the play: ‘I was invited to give you German measles.’  But his final transformation is startlingly convincing.  Islamic and Western secular viewpoints are absent from the Judaeo-Christian ping-pong, but that is not a critical failing. They exist somewhere offstage too.

Xanthippe is one of three plays for which I was awarded an Arts Council Theatre Writing Bursary.

Xanthippe is the story of the feisty wife of Socrates, about whom nothing was recorded in history, but who has been thoughtfully rehabilitated by this play.

“An in-depth look at the married life of the ancient Greek philosopher, Socrates…Xanthippe is by far one of the stranger ideas I`ve come across in pub theatre. But my pre-show doubts were soon swept away… Powerful performances….Xanthippe is an intelligent but mentally down-trodden woman who is left to run the household and look after the kids while her husband spends days and nights philosophising with his mates around Athens. Historically Socrates went on record as one of the wisest men in the world, but little was said of his wife other than that she was a ` very angry` woman….This play redresses the balance somewhat….While this piece is not one for the family or a drunken evening out, it is great if you like solid drama and even better if you fancy yourself as a bar-room philosopher..You never know. You could learn a thing or two…  **** –  4 stars!

In June 2009  – Xanthippe had a rehearsed readings at Magdala Pub, and Pentameters Theatre, Hampstead, by Northwest London Equity and the Writers` Guild. Director  Nick Simon. Pic below – me in conversation after the reading.

Fire in the Park

“The performance tells a gripping and dramatic story of murder and betrayal!`  From `On In Salford.`

“ For information about the social and criminal history of Victorian Manchester, much of it taken from original police records, and featuring the famous Manchester Detective, Jerome Caminada, read this play! Pyrodramas, reinactments of famous battles, were staged at Belle Vue, with hundreds of extras, to audiences of thousands – and of course with great showers of fireworks!”

“Fire in the Park” is a dynamic local history play, fascinating in setting and subject matter. The Victorian pyrodramas presented at Belle Vue, the rich assortment of people involved in these quirky, spectacular shows, provide Freeman with a terrific background for her intriguingly-drawn characters. These characters are big bold, and above all very real. Police, pick-pockets, and prostitutes – the homeless and uneducated, and those who take charge of them are represented vividly. The piece concentrates on issues of poverty, racism, and victims at the bottom of Victorian society, but is never mawkish or dully educational. Our local producing houses such as Bolton Octagon, Oldham Coliseum, Library Theatre or Royal Exchange could happily snap up this new play, and reveal its intriguing story to north-west audiences. Most importantly of all, “Fire in the Park” is a terrific piece of entertainment.